Due to the recent suicide of an ally to the MAP (Minor Attracted Person) community (19 year old Randy, who was subjected to harassment on and off Twitter. Rest in Peace, Randy!), I have come to the conclusion, that eradicating the stigma is now more important than ever. A stigma that has countless invisible victims, because even if they yell: please stop harassing me, people wouldn't listen, and even after the tragedy happens, the reason behind it will not break the news. You can see lots of people using the #antibully hashtag, and yet, if you look deep enough into their tweets, many, if not most cases, you will find something along the line: “except pedophiles, they should be bullied!”. Organizations that consider it their mission to stop bullying and stigma, stand silent on the issue. 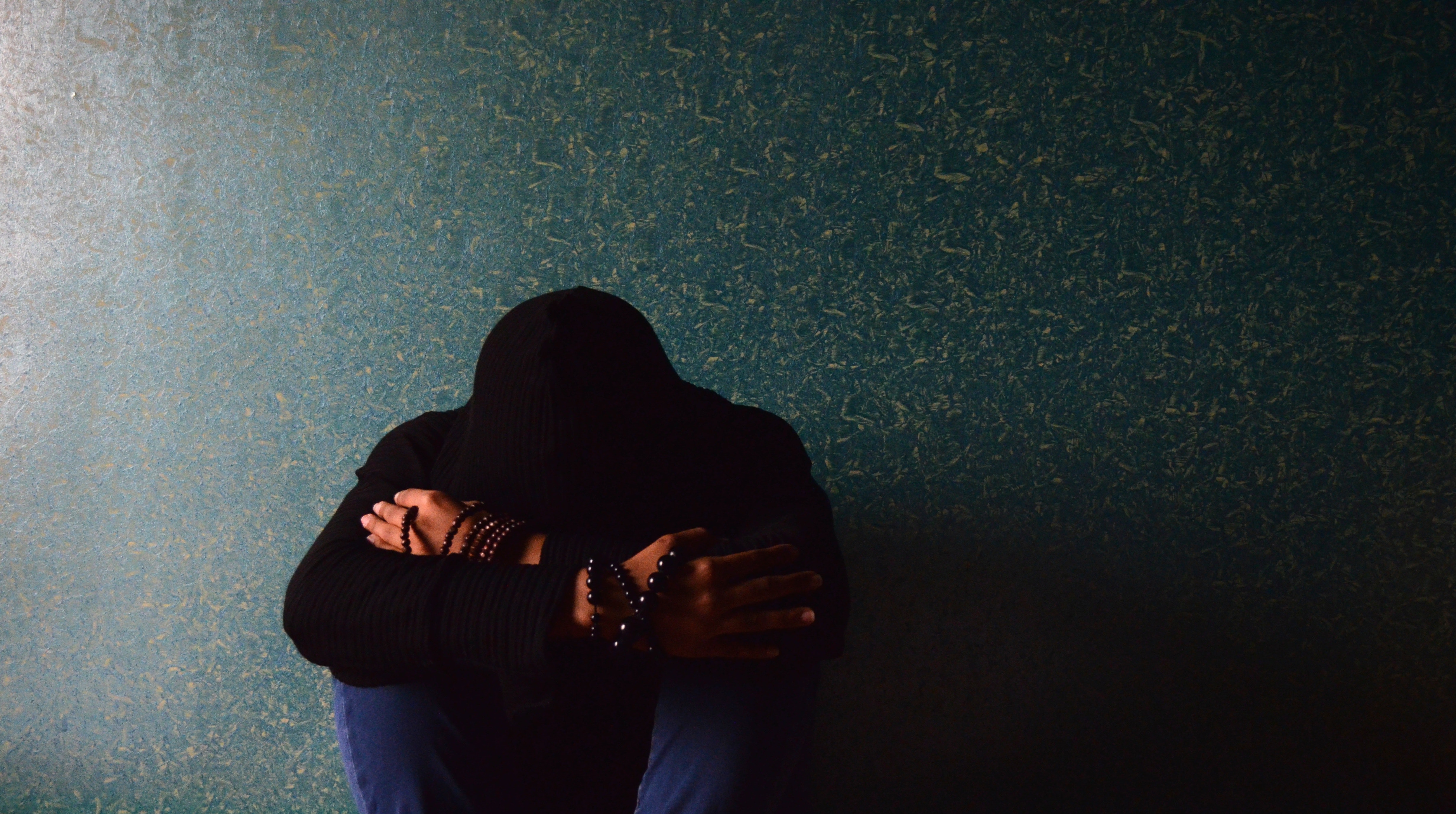 Of course the average person thinks that pedophilia and the act of child molestation are interchangeable, after all, this is what they learned from the culture and the media. “If they haven't offended yet, they'll offend soon enough, it's in their nature!” as many would say. There was a public service announcement about gays in the 50's, called “Boys Beware”, and it used the same scaremongering tactic about homosexuals, implying that they are sexual predators preying on young boys. “One never knows when the homosexual is about!” The blame didn't go away, only got shifted to a different group: the pedophiles (and other MAPs, lumped in together with them under the term “pedophile”). People tend to forget (and ignore) some very important facts, such as:

No one makes a choice to be a pedophile just as no one can make a choice not to be one. Whether people consider pedophilia to be a sexual orientation, or a mental disorder or even some fetish, the fact remains that people directly affected by it have to live their lives being attracted to minors. Chemical castration does not make that go away, it can lower libido somewhat, but the romantic attraction and the craving of intimacy can't be eradicated by it. Besides, it's a treatment that requires continuous willingness from the participant for a long period of time, has dangerous side effects, and most MAPs (especially if they have no self-control issues) don't need the same kind of “help” that drove Alan Turing into suicide.

A huge portion of MAPs become conscious about their attraction at the age of 12-15. This not only means that targeted harassment against said group includes harassment against minors (usually in the name of protecting them) but it also means, that most MAPs live the most defining period of their lives (their childhood) just like anyone else. They socialize with their peers of age, they make friends, they play house, they long for the first kiss. They're being told not to talk to strangers, not to accept candy from anyone they don't know, that if someone makes them uncomfortable, they should tell an adult they trust. 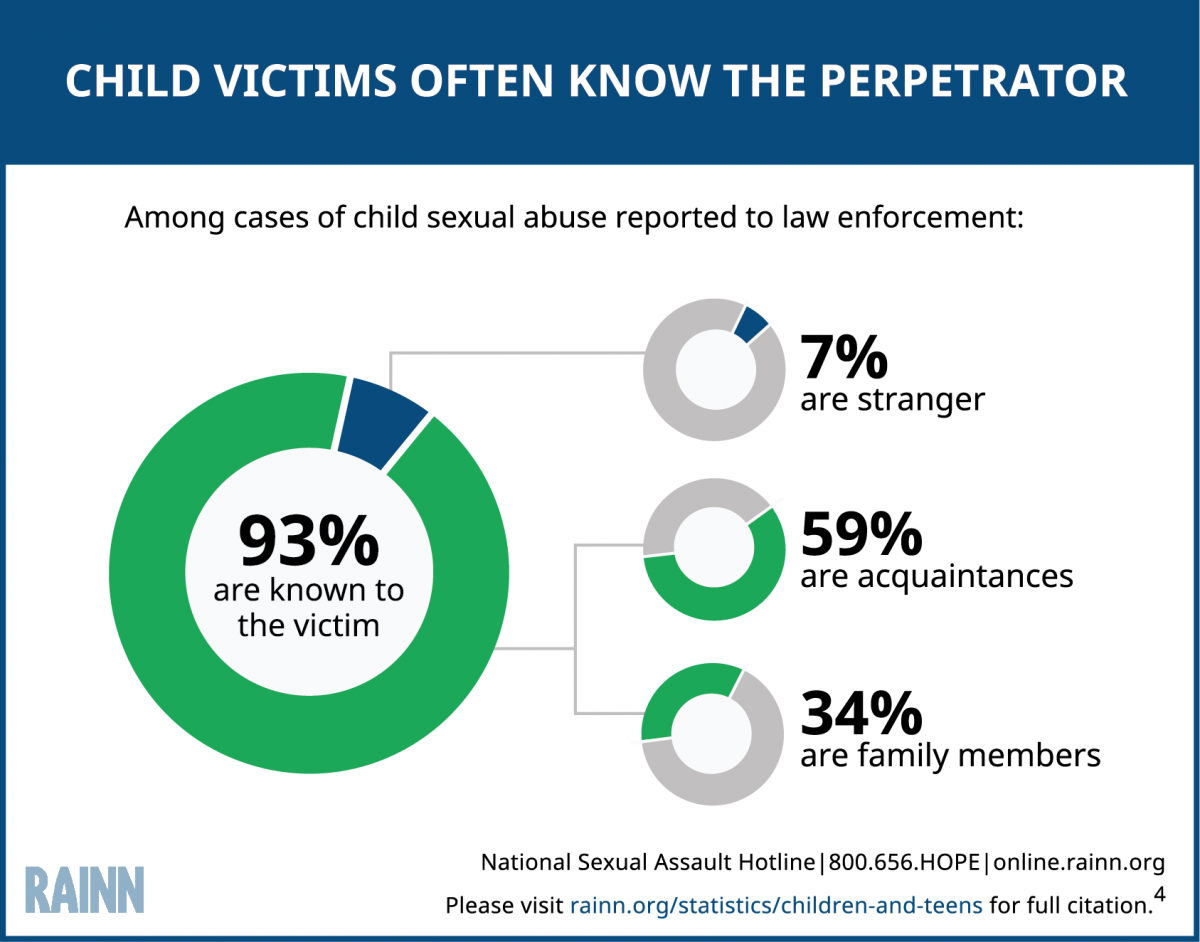 Their hopes and dreams are indistinguishable from any other kid's hopes and dreams. They have no intention to harm anyone, though upon realizing their attraction, they may struggle to come to terms with how acting on it would likely to harm others. Many of them experience an emotional breakdown or develop mental health issues, such as depression or anxiety. Many turn to self harm and have suicidal thoughts. These are responses to the stigma, not to the feeling of being attracted to children, but often, they blame themselves and struggle with feelings of shame and guilt, simply for thoughts and feelings they cannot control. Many don't trust that professionals wouldn't report them to the authorities simply for having sexual thoughts about children (and many of those have a good reason not to), or already live in an abusive household, where they are conditioned against reaching out for help. Many MAPs were sexually abused as children, and in the eyes of the public, from victims, they became “monsters,” without doing anything even remotely immoral.

A large portion of MAPs are not only non-offending, but also subscribe to the “anti-contact” philosophy Which means they are against adult-child sexual and romantic relationships because they're convinced, that regardless of laws or the attitude of society, it would most likely harm the child. Many of said anti-contacts are also activists, fighting day and night to raise awareness about the prevention of child sexual abuse, while many professionals are supporting them in doing so!

Many cases of child sexual abuse are committed by situational offenders (by people, who are primarily attracted to adults, are in some emotional crisis, and use the minors as substitutes for their partners/spouses). They are, by definition not pedophiles, which means, that pedophilia is not a criteria for child sexual abuse, and pedophiles getting blamed for it makes it more difficult to prevent such abuse.

There is an unreasonable distrust towards MAPs, which creates a standard impossible to live up to. How could we ever possibly reduce the stigma (affecting potentially millions of people), if we treat their attraction as some deep, dark secret, that mustn't be referred to in a sympathetic light? Anyone who tries to show support can count on receiving harassment and death threats or getting silenced by mass reporting. How could anti-contact activists possibly save the next person from harming others or committing suicide, if they can't say: “you're not alone with this, you are not destined to offend!”, yet anyone else including self-described “empaths” and “anti-bullying activists” can say whatever malicious thing they want about them, without being called out on it? How many more Christmases will MAPs have, with their inboxes filled with suicide-baiting? How many more innocent people have to die, before the bystanders finally start to take responsibility for allowing and often encouraging others to bully anyone around, that doesn't share their malicious sentiments about the group? 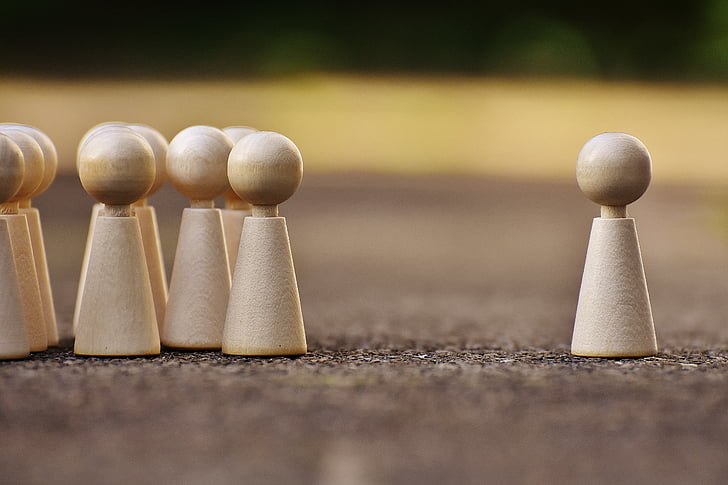 At this point, I could just say: “don't be kind to people who are actively speaking out against MAPs,” “give them a taste of their own medicine,” or “they started it, feel free to gang up on them and bully them back.” And I would be wrong. Because kindness should never be about what people deserve, or what we think they deserve. Kindness isn't a prize to reward types of behaviour we find to be satisfactory, and bullying is not a tool to punish people, who we think earned it. Bullying is abuse, and many of these haters must have their own mental health issues and traumas. Many of them are still minors. And while having issues or being past victims of child sexual abuse doesn't give anyone the right to be abusive with others, other people's behaviour is also not an excuse for me to assign them responsibility for my actions and bully them. Without kindness, we are all lost. And for that reason, I will try to dedicate my online presence (and my life in general, as much as possible) to sharing kindness indiscriminately, without expectations and to the promotion of anti-bullying. Let “Hate will never win!” be the epitaph, and kindness – the legacy of those, whose lives were cut short by hate! 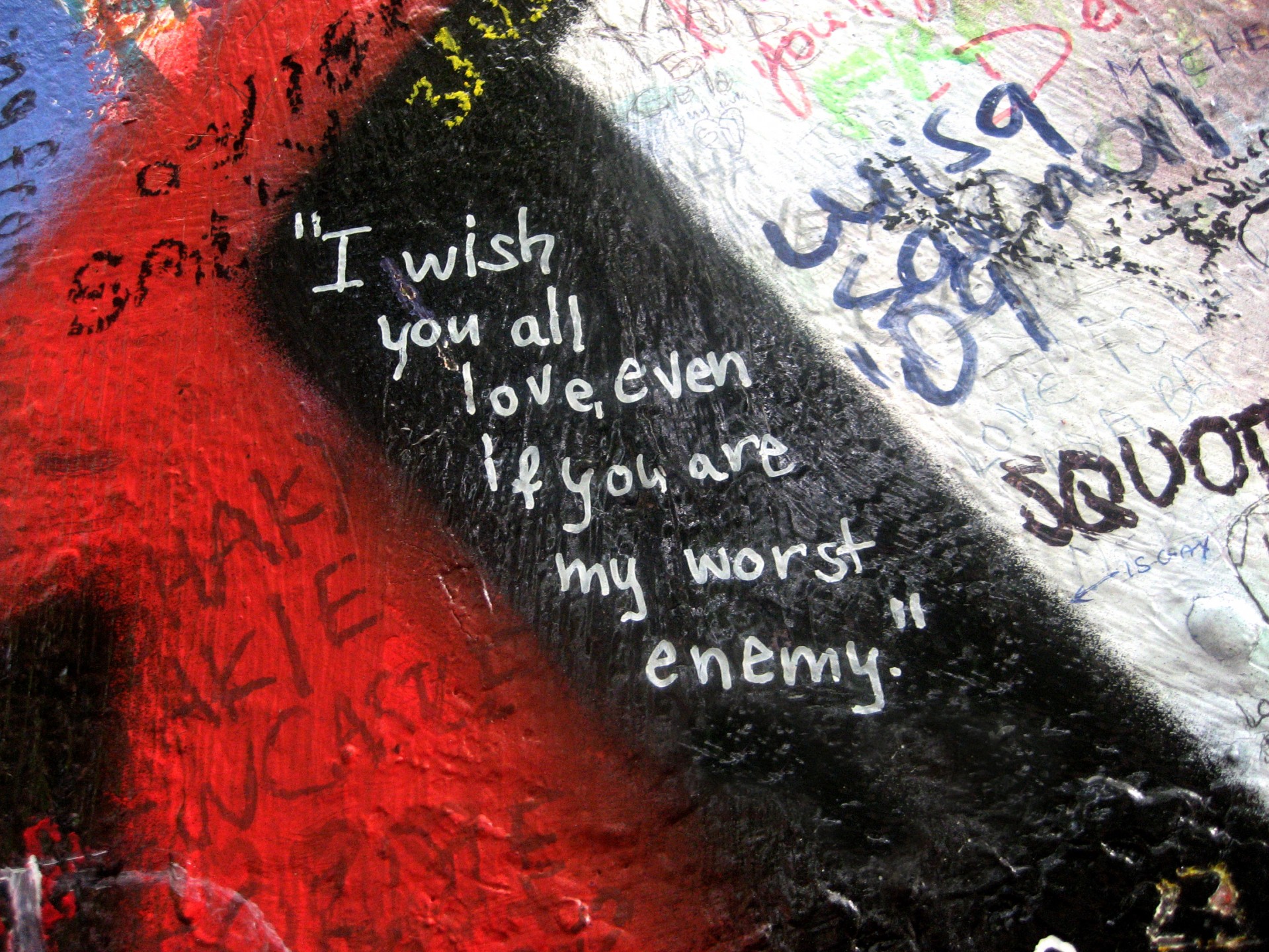 I'm in the 18th day of self-quarantine (as a safety measure), yet it feels I've been practising for this most of my life. It helps to think of it playfully, as astronaut training or something similar. So I'm relatively okay, just reading, hanging out online and binge-watching some of those darn Chinese cartoons, young troublemakers are into so much these days. I find tea to be a good supplement for mere tap water, so I'm drinking about a gallon of it every day.

Since I can't afford to buy cigarettes in the current uncertainty, I stopped smoking about two weeks ago, and I'm not planning to pick up that nasty habit ever again.

I decided to give twitter another shot. I was active in the “old days”, around the end of 2017, there were like 20+ active people self-identifying as MAPs on the whole platform, most of whom described themselves as “anti-contacts” and harassment campaigns against the bunch were pretty much the same as these days, but less drama and maybe a bit more raising awareness. I kept up my profile for only a few months, and after that I was on and off the platform, because fighting trolls was never really my jam. I realized, I can put my social skills to a much better use helping MAPs get emotional support and making their every-day online life more bearable, with casual conversations. To see them and treat them as normal as society should in the first place. The community helped me the same way, I always longed for acceptance, and I have so many quirks that most groups just can't deal with them.

Some MAPs tend to define themselves by their differences, and get vocal about excluding others from the larger community, on an ideological basis, while others focus on their shared qualities and putting their differences aside, strive to end the stigma for all. There is a very delicate balance to protect, and that cannot be achieved by letting whoever the loudest and angriest choose direction for the community, nor by silencing those, who have concerns. Because of that, I think it's crucial to listen what the others have to say, even if it might be uncomfortable to hear. Not because we might get a chance to change their minds, simply because if everyone stops listening to the fellow MAPs and just burns all bridges with them, people won't have each other's support when they'll need it. I think life is infinitely more bearable if others believe in us, our goodness, our potentials, despite of how we feel, despite of what nonsense we might subscribe to. Sometimes everybody needs others to believe in them, despite their differences.

So I felt like giving twitter another shot, because frankly... I'm bored, and hungry for attention, and I still want to do my own gig. Which is to just be casual and make the days of allies and MAPs a little brighter. I've been notified, that the notorious Amos Yee used this username not long ago, in some dark corners of the internet, but I really don't care. If people can't bother to see the difference, they can just block me, as I will block anyone who tries to harass me or those I'm there to support. 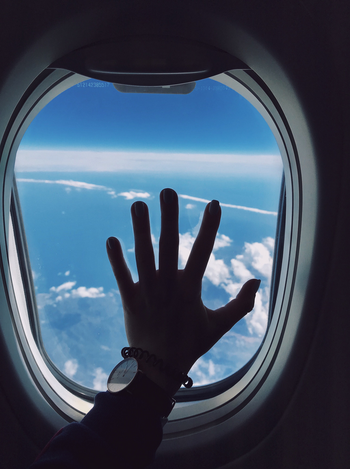 I can choose how I see my position, my circumstances, and that alters the way I feel about them. What I usually choose is the illusion that I cannot choose. Because being aware of this, and generally being aware, threatens how I define myself.

The auto pilot is off. Looking at the window, I can't see my reflection. Everything is here, yet, I'm nowhere to be found.