The way MSC Bot handles permissions before today was by having an if statement in every command that required a specific role: 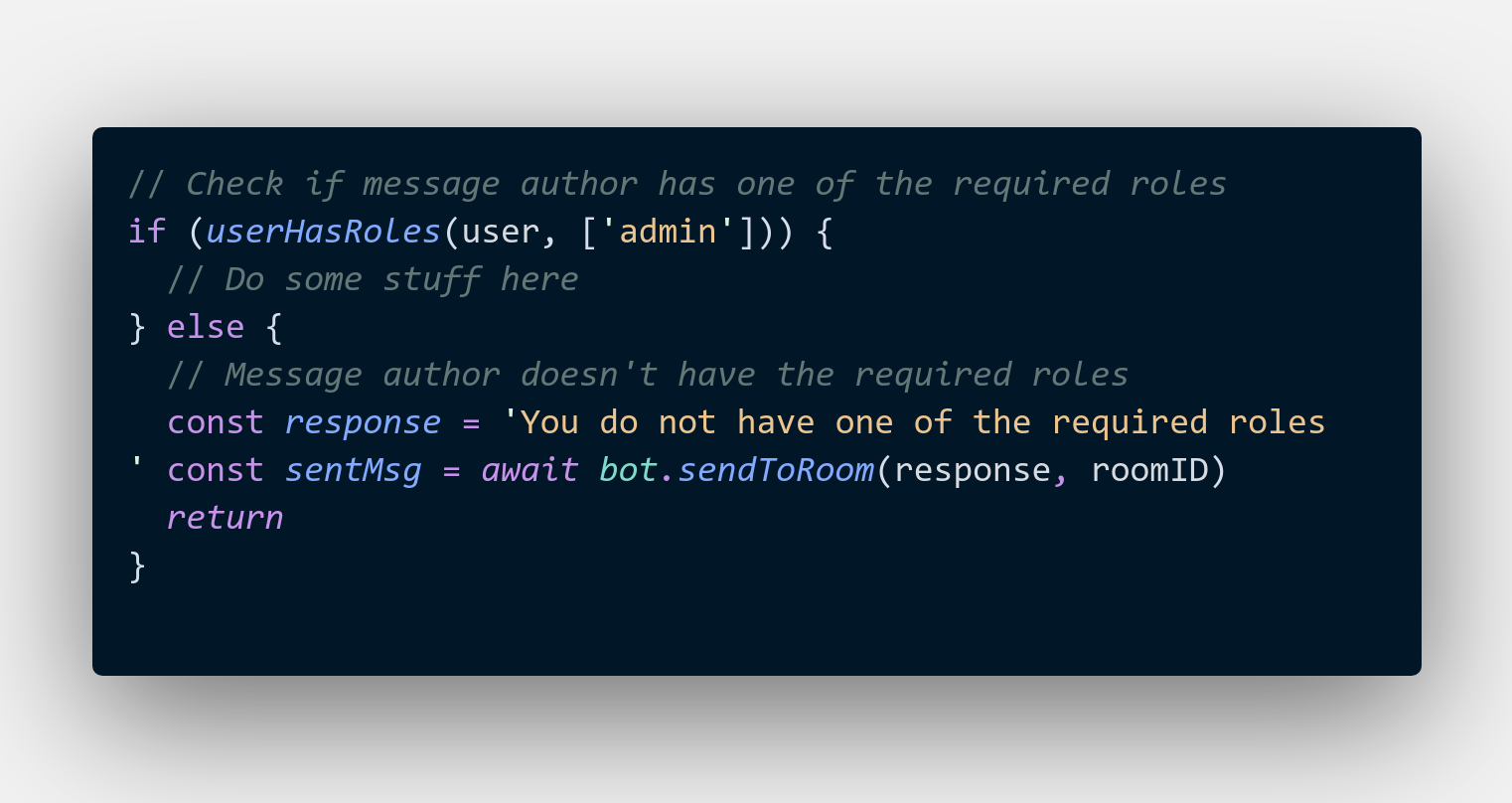 To get rid of this duplication, and to simplify the creation of new commands, I added an option field to the exported object (each command exports an object with various information about the command) called requireOneOfRoles. This field should be an array of role names, exactly the same array as in the image above.

The exported object from the addMAP command

Now in the main file where I loop over all the commands to check which command is being called, I can now also check if the user has the required permission! 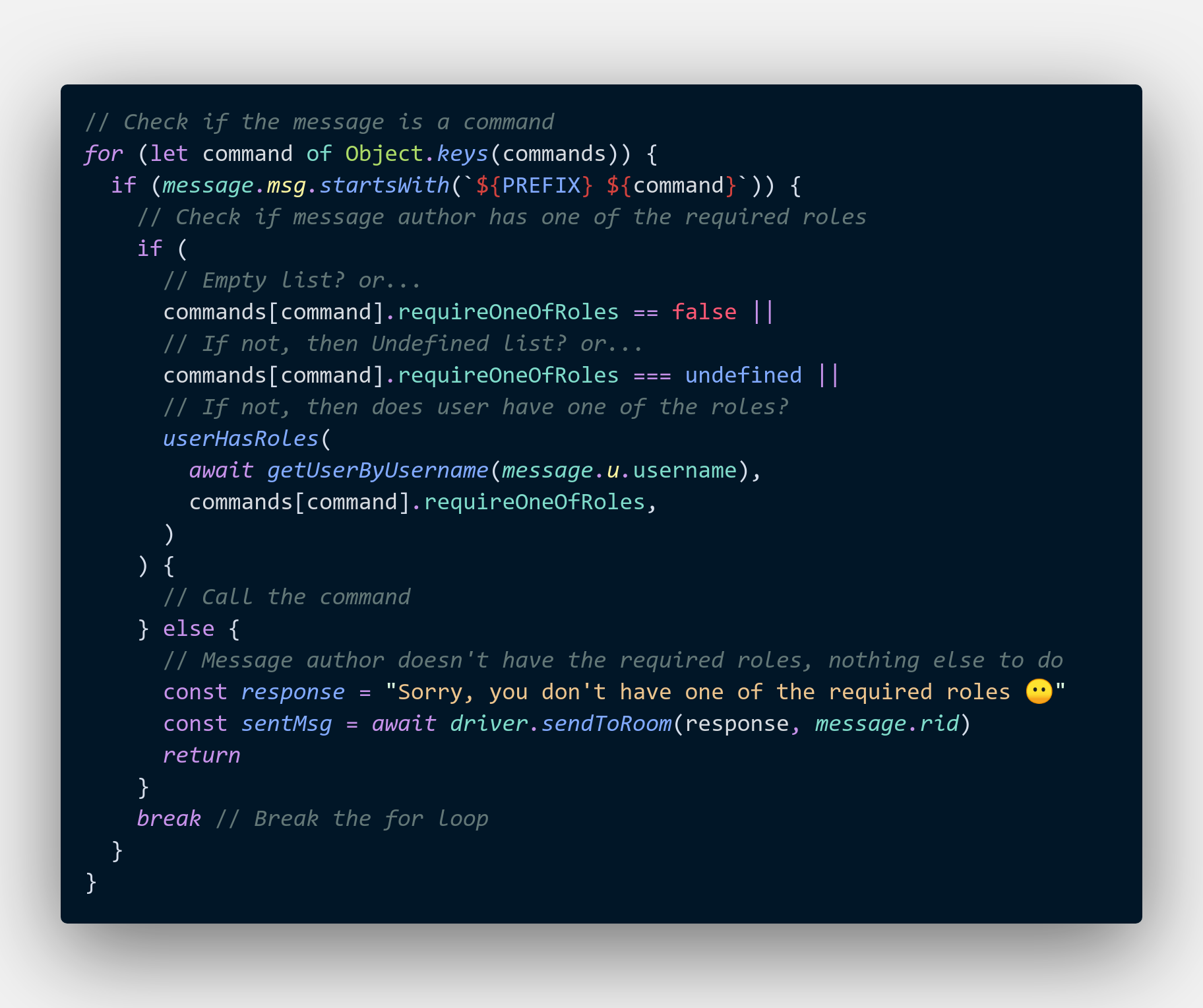 (Yes, I know. That if statement needs some refactoring :P)

MSC Bot functions exactly the same way as it did before all these changes, but it is now easier for me to add more commands, because I don't have to do the permission logic every time!